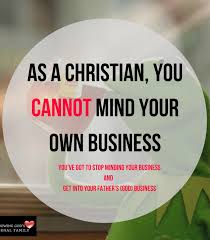 Christianity, by its very nature, is the way of Christ, and this way is a narrow one. It is a highway of holiness in which Christians are expected to be salt and light to the world.

This is why when a Christian leader (someone who has been appointed to teach the Word of God at any level) has credible allegations of crime levied against him/her, the response of the Body of Christ to it sends a strong message to those within and without the church.

It cannot be denied that Christianity has been a strong historical and cultural force which shaped the Nigerian political and religious sphere. This is why the decisions that the Nigerian Christian body make regarding serious allegations such as rape against a popular pastor, tells us the kind of society we want to build.

In the midst of the baffling controversy of the alleged serial adulterer and rapist, Biodun Fatoyinbo, the Christian Organization of Nigeria (CAN) gave a press release that contains a number of howlers, none of which should come from a Christian body that values justice, truth and moral integrity.

In the release made public on Saturday, they wrote:

“As we seek the help of CAN Elders and the Holy Spirit in resolving the current problem, it is our prayer that both parties will sheath their swords and stop the media war in the interest of the Church and for the greater glory of God.”

I sincerely don’t understand what they meant by the call to “sheath their swords” and stop the “media war”? Are CAN members oblivious to what this issue is all about or they are deliberately trying to twist the narrative? I suspect the latter.

Do they think Busola Dakolo’s allegation was borne out of personal vendetta or was she his only victim?

Is this a “media war” instigated by a scorned woman or the exposure of a sexual predator in the pulpit?

It’s indeed a disappointment to find a supposed Christian organization playing cheap politics with the lives of the wounded flock.

In the release, they made an appeal to Romans 5:8,11 and 2 Corinthians 5:19-21 as if this hoopla is all about Biodun’s sins. This is the same “we are all sinners” line that Biodun’s defenders have been chanting all across the public space.

And I wonder if someone ever informed them that there is a big difference between sins and crimes.

According to a legal dictionary, crime is a violation of a law in which there is injury to the public or a member of the public and a term in jail or prison, and/or a fine as possible penalties. In a plain sense, when there is a crime, there must be a penalty.

But not all sins are crimes though all crimes may be sins. Therefore, the redress of crimes cannot be the same as sins. Not in every instance. With the exception of those under Sharia dictates or Mosaic laws:

Fornication is a sin, not a crime.

Not paying tithes – sin not crime

Breaking the sabbath – sin, not crime.

Homosexuality – sin, not crime (though some countries criminalize it).

Some sins can result in crimes, such as sorcery being used to murder and fornication which can include sexual acts with a minor or sexual predation – which is an accurate description of a pastor taking his flock as sexual preys.

When a crime is uncovered, it shouldn’t stop at mere apology to the aggrieved, it should also be adjudicated in the court of law:

“For rulers are not a terror to good works, but to evil. Do you want to be unafraid of the authority? Do what is good, and you will have praise from the same. For he is God’s minister to you for good. But if you do evil, be afraid; for he does not bear the sword in vain; for he is God’s minister, an avenger to execute wrath on him who practices evil. Therefore you must be subject, not only because of wrath but also for conscience’ sake” (Romans 13:3-5).

“Knowing this: that the law is not made for a righteous person, but for the lawless and insubordinate, for the ungodly and for sinners, for the unholy and profane, for murderers of fathers and murderers of mothers, for manslayers, for fornicators, for sodomites, for kidnappers, for liars, for perjurers, and if there is any other thing that is contrary to sound doctrine” (1 Tim. 1:9-11).

Therefore, the first act of injustice against all the victims of Biodun Fatoyinbo is to reduce his crimes against them to mere “sins.” That’s a callous, mendacious and unchristian attempt to minimize the injuries he inflicted on others.

Furthermore, in all the accounts given by his victims and numerous sex partners, there were often large pay outs and monetary gifts. It will be vital if this is equally investigated.

The organization he heads is registered with a non-profit status, and to the best of my knowledge, he doesn’t have any allied industries or entrepreneurship schemes that serve as sources of great income. So where was the money coming from?

If the money he showered on these women were from the tithes and various offerings and other public money donated to his ministry by people who thought they were “connecting the power” for their breakthroughs, then he should be penalized and have his tax-free status revoked.

A church leader expending “God’s money” on satiating his lust is gross betrayal of public trust, lack of financial stewardship and abuse of spiritual authority. Is there a Christian body with enough integrity to call this evil by its name?

I have read posts by church goers who highlight his benevolence, Bible knowledge and miracles that have come from his ministry. What is in dispute here is not his giving to charity or ability to teach the Bible. Anyone can do these without necessarily been born again.

And since the name of Jesus and the Word of God are effective any day, God will always honour the faith of His people even if the vessel ministering to them is as false as a 13 dollar bill.

At this stage of our Christian experience in Africa, miracles should no longer be the yardstick of genuineness.

Some Christians, in their desperation to launder the image of their hero (and it’s all about him), appeal to us to cover the crimes of our leaders just as Muslims do for theirs. This is the lowest watermark that people will sink to.

I must ask, since when did Christians – who are called to be the light of the world – began to model their ethical codes after the religions of this world? Indeed, it’s written in the Islamic hadith that if a Muslim covers the sins of a fellow Muslim, Allah will also cover their sins on judgement day.

Aside from the ethically flawed implications of that charge, the whole idea of sins being covered on judgement day is completely alien to Biblical eschatology and soteriology.

What does the Bible say we should do about evil or grievous sins being committed in Christian leadership?

“Now when Peter had come to Antioch, I withstood him to his face, because he was to be blamed” (Gal. 2:11).

“And have no fellowship with the unfruitful works of darkness, but rather expose them” (Eph. 5:11).

“This saying is true. Therefore rebuke them sharply, so that they will be sound in the faith” (Titus 1:13).

“And I gave her time to repent of her sexual immorality, and she did not repent. Indeed I will cast her into a sickbed, and those who commit adultery with her into great tribulation, unless they repent of their deeds” (Rev. 2:21-22)

Nothing here about covering up crimes or criminals to protect the image of a person or church. It is actually our exposure of them that shows the world our revulsion and makes it clear to others within the church that such actions are contrary to the Faith.

If you take a look at civilized climes, you will find that accountability in the church is not often overlooked.

Jim Bakker, Jimmy Swaggart, Ted Haggard, Robert Liardon, Eddie Long etc. were all exposed for their sexual indiscretions at one point and they publicly confessed their deeds, and in the case of Bakker, served his sentence for financial misappropriation.

Even David Yonggi Cho, the icon of South Korea, publicly confessed his misdeeds and was sentenced to prison for his financial embezzlement – and the earth didn’t cave in neither did the sky fall to the ground.

But why is it that when it comes to our dear country, influential church leaders are excluded from any degree of scrutiny and accountability? Why do we prioritize image and status over truth and justice?

Here again is what the Bible says about Christians like Fatoyinbo who use Christianity as a cover for their unclean practices:

“But now I have written to you not to keep company with anyone named a brother, who is sexually immoral, or covetous, or an idolater, or a reviler, or a drunkard, or an extortioner—not even to eat with such a person” (1Cor. 5:11).

Paul even said such an evil person should be expelled from the church (v. 13)! This should cover all those defending and protecting sexually loose persons in their churches with the veil of shame.

The church in Nigeria needs to take some hard, unpopular stance in order to restore its sullied image before the world.

We cannot be denouncing corruption outside the church while making allowances for it inside the church. It is a travesty of the noble examples we should be giving to the unregenerate.

Most sex predators don’t work alone; they usually have enablers, whether in word or deed. There is always someone who saw or knew something but chose to look the other way. They need to break their silence on this case because judgement will start in the house of God.

From the accounts of Biodun’s victims, his wife, Modele, “Pastor Flo” and the elders of the church (“the COZA 12”), are all aware of Biodun’s numerous sexual assaults over the years. These are the devious people helping him in covering his tracks and giving him a makeover after each of his sexual vampirism.

These are the people who “strengthened the hands of the wicked, so that he does not turn from his wicked way to save his life” (Ezekiel 13:22). No, Biodun is not the only alleged culprit of sexual predator and COZA is not the only slaughter pen in this country.

May the Lord expose them all. And may His healing balm minister to the lives of all their victims.